0
HomeBlogGeneral NewsThe anatomy of a diamond, cutting to the chase 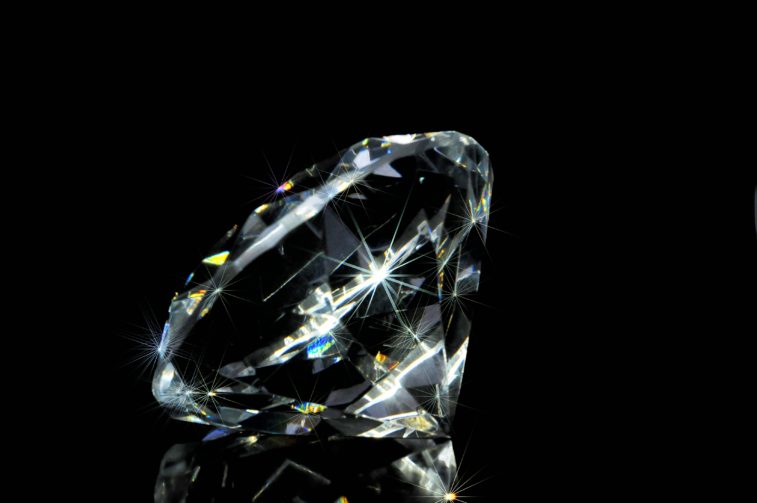 The anatomy of a diamond, cutting to the chase

With so much choice in shape, style and budget; when it comes to choosing a diamond engagement ring the possibilities really are endless.  Possibly the most important characteristic of the diamond is the cut, this determines the level of fire and sparkle that the stone will display.  Brightness, fire and scintillation is prevalent in a well cut diamond.  The ‘cut’ refers to how well the facets interact with the light.

In the first of 2 blogs focusing on diamond cuts, read on to get a better understanding of five of the most popular stone cuts. We explain how they can complete the design of your stunning and individual bespoke ring…

From Heart and Oval to Princess and Pear, a diamond can in fact be cut into any shape.  The range of cuts offers a wide variation in how your finished ring design will look.  Here we explain the main differences and attributes offered by five of these styles:

Fifty-seven perfectly aligned facets allow maximum dispersion of light creating a brilliance that really speaks for itself in Round Brilliant Cut diamonds.  The most popular of diamond cuts for engagement rings, Round Brilliant Cut stones are the perfect choice for creating a trilogy design or a unique solitaire design.
*  In 2018 Sothebys unveiled the worlds only known round brilliant cut diamond over 100 carat.  Tipping the scales at a staggering 102.34ct the diamond was sold privately for an undisclosed sum, however, it was confirmed to have sold for over $26.5million. 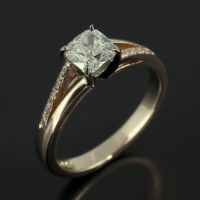 Combining a square/rectangular cut with round corners, the Cushion Cut diamond offers a modern twist on the old miners cut with the creation of a ‘pillow’ shaped stone.  Lending itself to an antique or vintage look, a Cushion Cut diamond is perfectly set off in a halo style design ring.  This is a lively and bright diamond with the same facet structure of Round Brilliant Cut stones.
* Fit for a Princess… or not… Prince Harry’s betrothal to Meghan Markle was sealed with a stunning Cushion Cut diamond engagement ring. The diamond trilogy set on a yellow gold band was valued at around £122,500 in 2018. 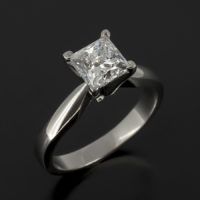 First introduced in the 1980s, Princess Cut diamonds are the newest addition to the diamond cut family.  When viewed from the side or above, a Princess Cut diamond appears to have four bevelled sides resembling an inverted pyramid. Geometric lines make this cut of diamond very popular for anyone seeking a modern, contemporary look and feel to their engagement ring with this traditionally square shaped stone.
* This square shape diamond cut goes back to the 1960s with various terms such as ‘Profile’, ‘Barion’ and ‘Quadrillion’ – before officially being created in 1979 to its current form by Betazel Ambar and Israel Itzkowitz and titled the Princess Cut. This modern cut is retains approximately 80% of the original rough diamond crystal which makes Princess Cut diamonds excellent value weight for weight. 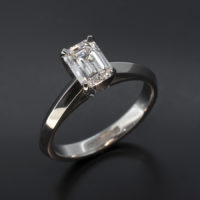 The flat surfaces of the Emerald Cut diamond disperse the white light that enters this stone creating a superb ‘fire’.  Its characteristically elongated rectangular form – created by chiselled step cuts – is synonymous with art deco style of the 20s and 30s which is very much ‘in vogue’.  The geometric qualities of an Emerald Cut diamond make this versatile style equally suitable in more modern jewellery designs.
*  The world’s largest Emerald Square Cut diamond was revealed last year by luxury jeweller Graff.  Weighing in at an eye watering 302.37 carats, this captivating gem was cut by Graff’s expert team in South Africa from a 373 carat rough diamond which was purchased for a sum in excess of $53 million. 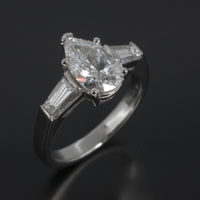 Blending a Marquise and Oval Cut shape, the signature silhouette of Pear Cut – or tear drop – diamonds make this a beautiful choice for an engagement ring with real wow factor.  Characteristically symmetrical, a Pear Cut stone comes in a variety of wide to slim cuts and tapers at one end giving an extended look, elongating the finger when worn mounted on a ring.
*  Featuring prominently in the crown jewels, the most distinctive of all Pear Cut diamonds is the 530.2 carat ‘Cullinan I’ which adorns the Imperial Sceptre (more popularly known as the Great Star of Africa).  Famously the largest diamond in the world, this truly unique stone was cut from a rough stone weighing more than 3,106 carats.